Free Worldwide Shipping on orders over €150

This product plants One Tree

The Tesseract is a mysterious 4th Dimensional object that is hard to understand. It also goes by the names Hypercube, 8-cell, Octachoron and Tetracube.

Unfortunately, it’s not so easy to understand. Especially since you’re looking at a 3D Projection of a 4th Dimensional object on a 2D Screen.
So can we ever view a 4th Dimensional Object in real life? The short answer is no, unless you’re capable of popping out of the 3rd Dimension into the 4th Dimension.

You might be asking yourself, aren’t we slowly spiritually growing towards the fifth dimension? Yes we are. But here’s when it’s becoming confusing.

The Mathematical 4th Dimension (and higher), is something different than the Spiritual (Higher) Dimensions where, among others, Extraterrestrial Beings are.

So what is the difference between them?

To explain it simply, in Mathematics, the 4th Dimension (and Higher) is just another axis on the X Y Z axes of the 3rd Dimension.
The Higher Spiritual Dimensions including this 3rd dimension and lower are all about frequency and vibration.

So in order to understand the Mathematical 4th dimension, we need to take a look at stereographic projection. Luckily, this is quite easy to understand in the 3rd and 2nd dimension.

Let’s take our Metatron Cube Pendant as an example.

When we shine a bright light at this magnificent 3D object, it will cast a beautiful 2D shadow. If I move the object, or the light source, the shadow changes with it. Logically you might say. 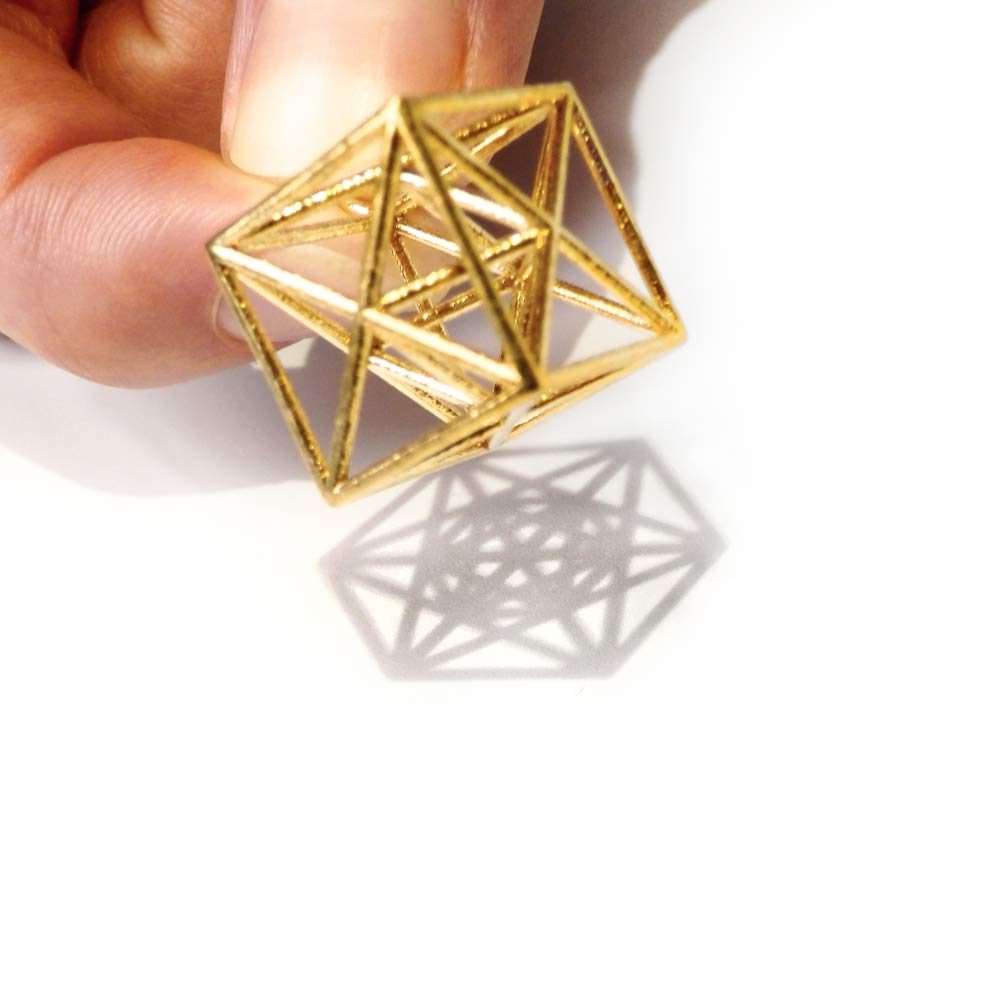 This is called stereographic projection, which can also be applied on dimensions higher.

If you still have difficulty understanding 4th dimensional objects, you’re not alone. Even Aristotle stated in 350 BCE that a 4th dimension (or even higher) is impossible.

The Spiritual Meaning of the Tesseract

The Tesseract is mind boggling, and has inspired many different cultures. Mainly thanks to Charles Howard Hinton. He wrote a book in 1906 about the Hypercube and came up with the name Tesseract, which sparked a wide interest in the Hypercube. Especially in the spiritual circles at the time, they started using the Tesseract for meditation.

By meditating it became possible to catch a glimpse of alternative realities or other dimensions. And some were even able to interact with souls or spirits.

Movies like Interstellar and A wrinkle in Time were based on the ideas of Hinton and have used the Hypercube in their stories. But they all tell the same story.
It is seen as a Portal through SpaceTime, which connects certain individuals across the Universe and in different timelines through the frequency of Love.

How we make the Tesseract – Meditation Tool

We make the Tesseract – Meditation Tool of 3D printed gold plated brass, rose gold plated brass or rhodium plated brass.
This powerful shape is 36mm or 60mm, high quality (no welding lines) and a powerful meditation tool.
Besides, it’s also a great eye catcher and a real addition to your living room.

There are no reviews yet.

Be the first to review “Tesseract – Meditation Tool” Cancel reply

We use cookies to ensure that we give you the best experience on our website. If you continue to use this site we will assume that you are happy with it.OkPrivacy policy